BBC Names Dr. Tashi Zangmo Among 100 Most Influential Women of 2018 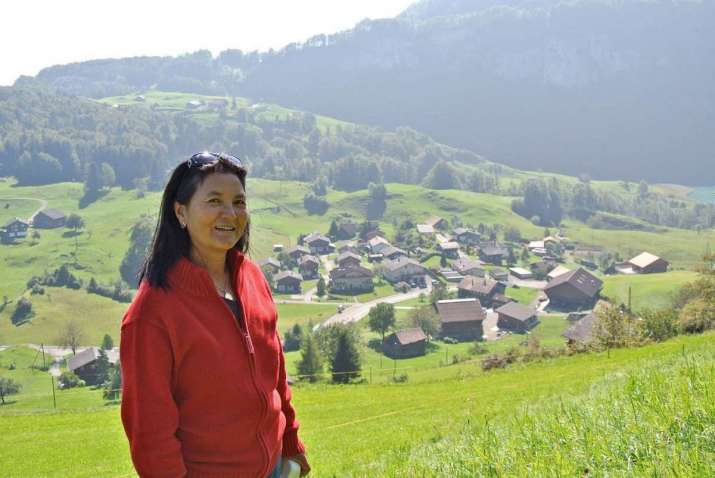 The BBC has named Bhutanese Buddhist activist Dr. Tashi Zangmo, executive director of the Bhutan Nuns Foundation, among its list of the world’s 100 most inspiring and influential women of 2018, which draws on the achievements and accomplishments of women from more than 60 countries.

Dr. Zangmo, who was born and raised in one of the most remote and rural areas of the Himalayan Kingdom of Bhutan, pursued higher education in India and the US, eventually graduating with a PhD from the University of University of Massachusetts-Amherst. In 2009, she established the Bhutan Nuns Foundation (BNF), which she now runs, seeking to educate and empower Buddhist nuns in Bhutan. The foundation works with about 28 Buddhist nunneries, educating and training nuns to be community leaders and teachers.

The BNF, which operates under the patronage of Her Majesty the Queen Mother Ashi Tshering Yangdoen Wangchuck, is a non-profit organization working to enhanced access to basic and higher education, and to improve the day-to-day livelihoods of Buddhist nuns in Bhutan. The BNF aims to empower and educate Bhutanese girls and women to help improve living conditions and the economic vitality of rural villages, in turn helping to preserve the kingdom’s rich Buddhist culture in the face of rapid development.

“I’m not sure what to feel at this moment, it’s been overwhelming,” Dr. Zangmo told Buddhistdoor Global on her reaction to being recognized by the BBC for her valuable work. “At first, I thought it was just a list of names and not a big deal until I started receiving a stream of congratulatory messages and calls from friends and family around the globe. I’d like to thank the BBC for selecting me as one of the 100 women—it’s an honor and very humbling to be included among so many amazing women from around the world, especially those ordinary women who have achieved extraordinary things for the benefit of others.”

Sandwiched between economic heavy-hitters China and India on the edge of the mighty Himalayan mountain range, the tiny Buddhist Kingdom of Bhutan is perhaps best known for prioritizing “Gross National Happiness” over the shortsighted acquisitiveness of economic growth, and for its sustainable approach to environmental stewardship. The kingdom is also unique in being the world’s only remaining Vajrayana Buddhism nation. The spiritual tradition is embedded in the very consciousness and culture of this remote land, where it has flourished with an unbroken history that dates back to its introduction from Tibet in the 8th century by the Indian Buddhist master Padmasambhava, also known as Guru Rinpoche.

Most Bhutanese—about 75 per cent of a population of some 735,000 people—are Buddhists. And while the nation’s holistic approach to economic management has resulted in a healthy level of growth and low inflation over the last 20 years, life in Bhutan is not without very real challenges, even for those who find their calling in monasticism. Female lay practitioners in particular face major obstacles in accessing opportunities for spiritual and practical education, and nearly all of Bhutan’s rural nunneries have poor living conditions and lack conducive learning environments.

The BNF operates under the patronage of Her Majesty the Queen Mother Ashi Tshering Yangdoen Wangchuck, right.

The BNF has been working diligently and without fanfare to correct this imbalance, ensuring that each nunnery maintains adequate, healthy living conditions, and providing a practical, hands-on training for the female monastic population, the foundation aims to enable female monastics to create self-sufficient monastic communities that not only provide a healthy environment for Buddhist study, but also allows them actively engage with and contribute to lay society.

“I never do what I do in expectation of reward; my reward usually is the happiness I get from what I do,” Dr. Zangmo emphasized. “This has been an unexpected bonus for me after almost a decade of running the Bhutan Nuns Foundation. I’d like to give due credit to the BNF’s patron, Her Majesty the Queen Mother, who has always been an inspiration for our work, to our supporters around the world, and to our nuns for their prayers. I am just the bridge and I thank BBC for making me a stronger bridge by giving this priceless recognition.” 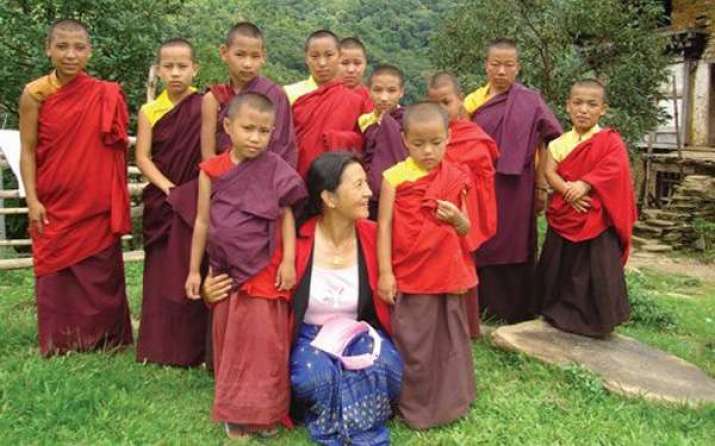 Some of the other 99 notable women selected by the BBC are:

Isabel Allende from Peru, the world’s most widely read Spanish-language author who has sold more than 70 million books in 42 languages; Uma Devi Badi from Nepal’s “untouchable” Badi community, who is working to change that perception; Jenny Davidson from the United States, who helps survivors of domestic violence, sexual assault, and human trafficking; G.E.M. a top-selling singer-songwriter from China who uses her influence to support charities and organizations dedicated to music, education, and poverty; Fabiola Gianotti from Italy, a particle physicist and director general of CERN, the European Organization for Nuclear Research; Hindou Oumarou Ibrahim from Chad, who is advocating for the protection of the environment and for the rights of indigenous peoples on an international scale; Krishna Kumari, who was elected to the Pakistan Senate after campaigning for women’s rights, having previously been forced into bonded labour for three years; Yanar Mohammed, who runs a network of shelters to help survivors of abuse in Iraq and has helped more than 800 women leave violent situations; Helena Ndume, an ophthalmologist who has performed sight-restoring surgeries upon 35,000 Namibians, free of charge; Yuki Okoda from Japan, an astronomer who was the first person to discover a new star that could shed light on the origins of our solar system; and Park Soo-yeon from South Korea, who is the founder of an organization seeking to eradicate digital sex crimes.

Your donations will help complete the Training Center,
to empower and educate women and girls in Bhutan for years to come.